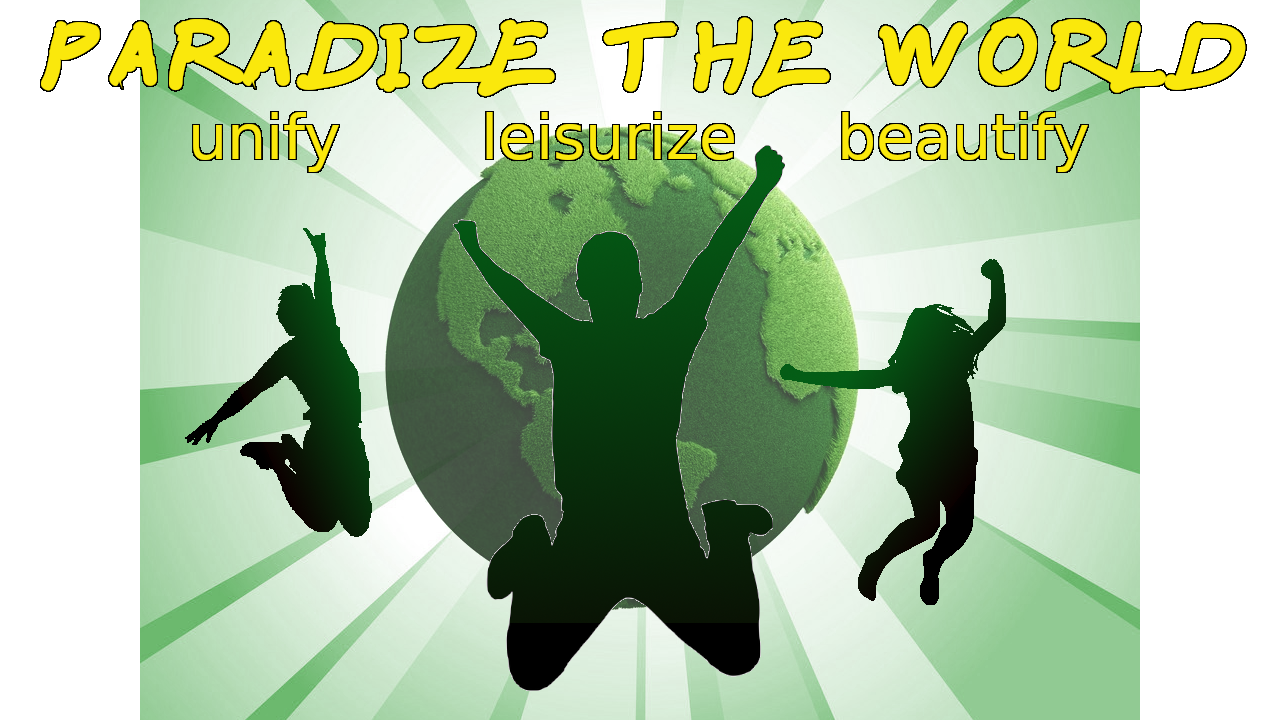 May 1st, International Day of Paradism
“Paradize the world”

The paradist movements of all the continents organize each year on May 1st the International Day of Paradism.
Paradism is the societal system of technologically advanced civilizations that have freed themselves from the need to work and use money. Thanks to robotics, artificial intelligence, nanotechnology, it will very quickly be possible to create a society of leisure and abundance where human beings will be free to blossom, to express their potential and to do only what they enjoy doing. This society looks like what many would call a paradise.

The International Day of Paradism is an information day for this future society which is taking shape.
Humanity is currently experiencing its third great systemic revolution.
Systemic revolutions are initiated by technological revolutions that are disrupting our modes of production. After the discovery of agriculture which allowed the sedentarization of nomadic hunter-gatherer tribes, after the arrival of the machines that transformed agrarian societies into industrial societies, it is now the arrival of the intelligent machine that will cause the collapse of industrial societies based on human labor to replace them by paradisiacal or paradist societies.
Ironically, while many will celebrate May 1 as “International Labor Day” by asking their politicians for more work and more money, Paradists will celebrate the emergence of a new world without work, money and politicians.

The paradists want to unify the popular movements around the world that are emerging following the ongoing systemic collapse, around the same demand: "Paradize the world".

Popular movements that are successful have simple and above all actionable demands, that is to say, which have the possibility of being implemented, which lead to concrete actions.

"Paradize the world" means "to transform the world into paradise". All sectors of society are concerned, notably the political, economical and cultural ones.
“Paradize the world” can be broken down simply into three priority actions:

1) Unify
In a world that has become interconnected and interdependent, the planet must be unified and demilitarized by creating a world government, a world federation of self-determined and autonomous regions, a world currency and a world language. This will lead us to world peace.

2) Leisurize
To leisurize means to make human work obsolete and to replace it with activities for leisure and fulfilment. To do this, human work must be robotized while guaranteeing the quality of life of the population through the collectivization of the rents provided by the means of production and the redistribution and sharing of wealth and production.

3) Beautify
Everything must be done in an artistic way, to stimulate or increase the pleasures of the senses. Before all, this requires repairing our ecosystem and our environment, and even improving or adapting them to better serve our needs and desires.


The ongoing systemic revolution, the Paradise Revolution, relies heavily on technology which should never be used for war and destruction but only used for peace with the aim of freeing human beings from forced labor and establishing a system of society which optimizes their well-being and their happiness and which we call paradism.