It's time now for a world revolution 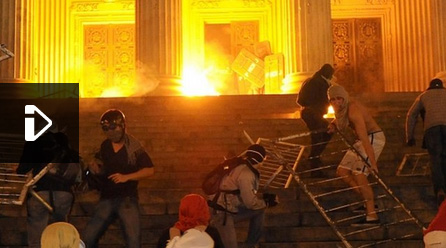 It's time now for a world revolution. Not a revolution to replace the governments, but to replace the whole system. It's no longer a revolution to replace the politicians in power, but to once and for all get rid of all politicians.
We need to replace them with a system in which the people govern themselves without any of the corrupt professional politicians tied to huge multinational companies and lobbies.
And it's no longer a revolution to give a little more to the poor (who are kept in slavery by banking and credit systems), but a revolution to give back to the people the 80% of the world's wealth, which now belongs to the 10 % who dare to claim that they promote "democracy."
A real democracy is not so much "1 person, 1 vote," but "1 person, 1 equal share of world wealth." The best solution is Paradism, which is a natural evolution from communism, but without the class conflict. In Paradism, the proletariat disappears and is replaced by robots and computers. With Paradism, everybody enjoys a money-free world.